Welcome to the ‘Build Acala: Ready the Treasury’ event! This is an event for Acala’s global community to fund the Acala Treasury, an on-chain reserve of digital tokens co-owned and managed by ACA network owners. The Treasury will prepare Acala for long-term network self-sustainability and growth. This event will enable you, community members from around the world, to become ACA network owners, giving you a share in the ongoing governance, growth, and operations of Acala, the all-in-one DeFi hub of Polkadot.

The information below will walk you through Acala’s team and decentralized finance technology, explain more about the Acala Treasury, and detail the logistics of this token event. If you have any questions you can always find us on the Acala Discord.

Watch our Meet the Founders video series here. In 2019, specialized blockchain engineers, Bette and Ruitao, participated in the first Substrate Hackathon along with their teammate Bryan, now a core contributor to the Substrate and Polkadot codebase, and creator of the Substrate Developer Academy. At the hackathon, the three met Fuyao, the founder of Polkawallet, a leading multicurrency mobile wallet. The four began collaborating on code and recognized that they were deeply aligned in their values for Web 3.0 and decentralization. As they began to build, Bette, Bryan, and Ruitao uncovered a growing demand for a stablecoin product. Acala was then born, and the Acala Dollar (aUSD) stablecoin project received a grant from the Web3 Foundation. Soon thereafter, along with Fuyao, the team realized that they could provide even more DeFi products to the Polkadot and Kusama ecosystems in addition to an EVM-compatible network and open platform optimized for decentralized finance.

The four founded Acala in Oct 2019, and today the project has grown to receive five Web3 Foundation grants, has backing from Coinbase Ventures, Pantera Capital, Polychain Capital, ParaFi, Arrington XRP, CoinFund, and other top firms, and has a distributed team in New Zealand, China, the United States, Europe, and South America.

Acala now has 200,000+ lines of original code, open-sourced, and has successfully completed audits of its DeFi hub and three financial products, all of which were envisioned in its whitepaper.

On June 22, 2021, Acala’s sister network, Karura, won the very first parachain slot auction on Polkadot’s experimental network, Kusama. With a community-backed crowdloan of 501,000 KSM (approximately 5% of the network and roughly $100M USD at the time of writing) supporting its winning bid, Karura became the first public parachain ever in the Polkadot and Kusama ecosystem.

Karura utilizes the Substrate framework to provide an application-specific blockchain optimized for decentralized finance, using technology developed for Acala and security provided by Kusama. With Karura in full-force, and Acala at the ready, the team intends to win the first parachain auction on Polkadot and introduce its all-in-one DeFi network to the Polkadot ecosystem – and beyond.

Acala and Karura have hosted several events to welcome new network owners. Thus far, Acala has hosted events for early backers, a first ‘Build Acala’ event for community members to contribute DOT to the Acala Treasury, and a crowdloan for Karura. Now, we are launching this ‘Build Acala: Ready the Treasury’ event to provide an additional opportunity for community members to gain ownership of both Acala and Karura. Contributions are all converted to DOT and used to fund the Acala Treasury. The last network ownership event in the near term will be the upcoming Acala crowdloan where community members will help bootstrap Acala’s bid as we aim to win the first-ever parachain slot auction on Polkadot.

2.Why ready the Acala Treasury?

2.1 What is the Acala Treasury?

The Acala Treasury is a reserve of digital tokens, native and foreign to the Acala ecosystem, funded from Acala’s protocol fees and community contribution events with the purpose of enabling long-term network self-sustainability and growth. Deployment of the Acala Treasury is initiated via Acala Treasury Proposals (ATP) that could include, but are not limited to:

2.2 Preparing the Treasury for network self-sustainability

The purpose of the event is to prepare the Acala Treasury to support Acala’s network self-sustainability by contributing all proceeds to the Treasury.

Winning a parachain slot auction is essential for launching and remaining on Polkadot. Parachain slots on Polkadot can last up to two years and must be renewed. The ability to lease a parachain slot is not just a requirement for Acala’s launch, but a critical component to the network’s ongoing security and operation. The Acala Treasury will build and continue to grow a DOT reserve in order to help self-fund future leases of Polkadot parachain slots.

Acala’s initial parachain auction will utilize crowdsourced support via a community-backed crowdloan, similar to Karura. We aim to use the DOT in the Acala Treasury to support Acala’s future parachain auction bids as necessary, allowing the network to become self-sustainable. For example, Acala could use the Acala Treasury to contribute additional DOT in future crowdloans if necessary and if approved via governance vote. For the purpose of this ‘Build Acala: Ready the Treasury’ event, ACA price is being denominated in DOT, and all non-DOT proceeds will be converted to DOT before being contributed to the Acala Treasury.

Acala may also reserve up to 10% of all proceeds to bootstrap the Karura Treasury, which will be controlled by KAR holders. Read more here regarding how funds are held before Acala mainnet launch.

Acala has been built with decentralization at heart. 49.76% of ACA has been committed to the community, ecosystem and network operation through the "Auction Reserve/Liquidity Program" (which includes the initial ‘Build Acala’ event from April 2021 and this ‘Build Acala: Ready the Treasury’ event), "Foundation Reserve," and "Ecosystem Program." We have intentionally selected a large, distributed group of "Early Backers" and "Backers" who will support us long term with their complementary expertise.

All allocations except the Build Acala #1 event adheres to locking and/or vesting schedules. Assumptions around parachain auction reward and liquidity mining programs are subject to change and will be updated upon confirmation. 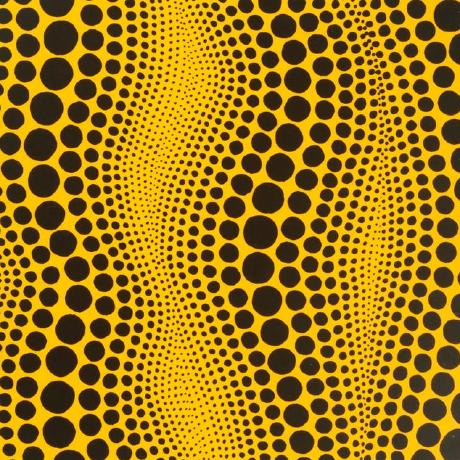